Several popular cryptocurrency analysts believe the future looks green for Bitcoin (BTC) as it reclaimed the $40,000 mark in a 3.5% swing following a week-long dip.

Popular Bitcoin technical analyst on Twitter TechDev issued a prediction to his 381,000 followers that the general direction for the largest cryptocurrency by market cap will be up for the foreseeable future.

His April 14 chart drew a comparison between the tremendous rise of the Dow Jones Industrial Average in the ’80s and ’90s to Bitcoin’s price over the past six years. Past performance is no guarantee of future returns but there are some similarities to the historic price action that if repeated, would suggest the Bitcoin price will rise from here. The analyst said “Times change. Assets chain. Macro aggregate human behavior usually doesn’t. #BTC”

Lead Insights Analysts at Bitcoin mining firm Blockware Solutions Will Clemente pointed out that BTC is in a “zone of heavy opportunity” based on data compiled by his firm and blockchain analytics firm Glassnode.

He tweeted on April 14 that “This is also the longest time Bitcoin has ever spent in the zone.”

Only a few other times has Bitcoin reached the zone of heavy opportunity. (green)

This is also the longest time Bitcoin has ever spent in the zone. pic.twitter.com/bvQr4FZqFC

Popular Bitcoin analysts Dave the Wave with 36,000 followers tweeted his strong conviction  that Bitcoin is ready to make a dramatic move based on the Gaussian and Guppy metrics. However, he is not sure which way it will go. All he could say about it was that it is “Bound to be explosive soon…”

But his long-term target for Bitcoin by the middle of next year is $135,000 which he called “One for the bulls” in an April 13 tweet.

One for the bulls.

The ‘BBT’s project a 135K target mid next year~ pic.twitter.com/JfTf0bI01g

Real Vision founder and crypto investor Raoul Pal appeared on the Layah Heilpern Show on YouTube to discuss macroeconomic effects and cryptocurrency on April 13. He said that despite all of the things that the crypto market has endured over the past two years including the COVID pandemic, rising inflation, and the war in Ukraine, crypto still hasn’t made a new low.

He added that “usually that’s a signal that the market has found its bottom.”

Pal is also very supportive of Terra’s (LUNA) hefty purchases of BTC to use as collateral for its algorithmic TerraUSD (UST) stablecoin. He said: “This is the start of people using Bitcoin as the collateral layer,” continuing:

Terra founder Do Kwon is on a mission to collateralize UST with about $3 billion in BTC and the Luna Foundation Guard bought 2,500 BTC worth about $100 million on April 13. This puts its current holdings just 800 coins behind Elon Musk’s Tesla with 42,200 BTC.

Despite the optimism, investors may also remember that Santiment analysts stated on April 7 that Bitcoin would need to settle at or above $50,000 around the mid-halving on April 11 to “give more credit to the thesis that says: this cycle is different than the others.’”

April 11 has come and gone, and $50,000 remains a long way off. However, Cointelegraph data shows BTC recently reclaimed the $40k mark during a pump that lasted about an hour from 1pm to 2pm UTC on April 13, and is currently trading at $41,385. 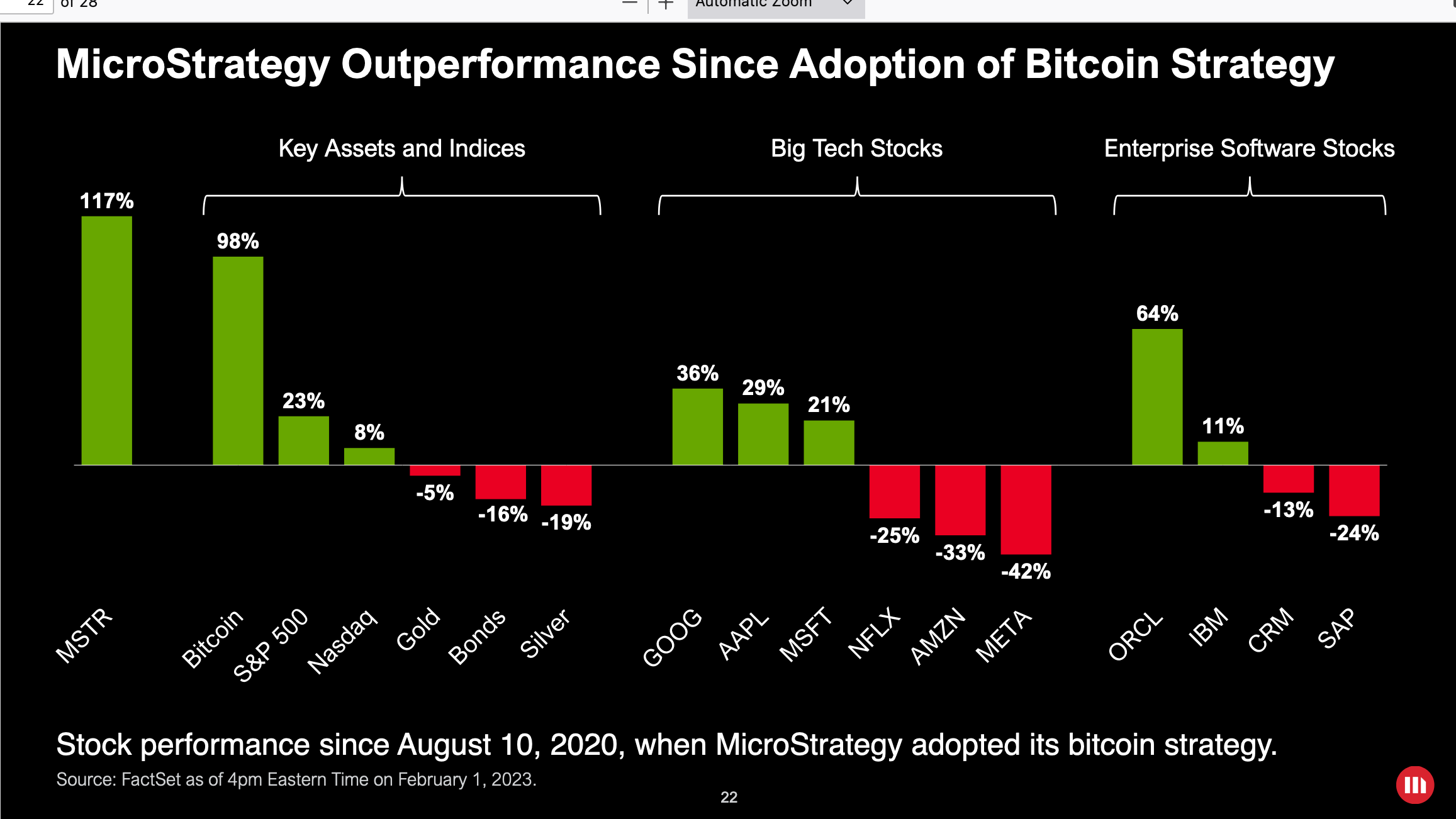 MicroStrategy says no plans to stop trading BTC as paper loss hits $1.3B